Weather for Croatia in September: the best time to visit Croatia??

If you are reading this article, you’re already one step in the right direction since you are interested in visiting Croatia in September. Good choice. We’ll try to shortly describe why we believe that September is the best month to visit Croatia, how does it look like during that period and we’ll give you some info when it comes to weather for Croatia in September.

You probably already know a lot about Croatia and just want to know what month would be best for visiting it so we’ll skip the introduction part and jump straight to the point. If you are interested in other Croatia tips, browse through our blog posts, we’re sure you’re going to find something useful to make your vacation even better.

overall weather for croatia in september

September could easily be the most magical month for your Croatia vacation. It’s still warm, and all the colors in nature are somewhat vibrant and alive. It’s much less loud and it seems as if nature is preparing for autumn and winter. Days are still long enough, although not as long as in the middle of the summer. September is a much calmer month and there are many more days without any wind so the sea is calm and reflects all the colors around it. You can expect a few extra rainy days, but that shouldn’t be a deal-breaker regarding September.

Air temperature in September is not as high as in July and August, months preceding it and months with the highest temperature in Croatia. It’s still very warm though. Honestly, the heat can be unbearable during the midday hours in the middle of summer and September doesn’t ever get that hot. And that’s a good thing. It means you can enjoy yourself on a beach without being scared that you’ll end up sunburned.

As you can see, the weather for Croatia in September is still warm and nice.

When it comes to sea temperature in September, it’s the third-warmest month in the year. Sometimes the sea feels even warmer than in the middle of summer. Night swimming is the only thing where you can feel a bit more of a cold than in August or July, but using the neoprene vest for the upper body will solve this problem. We know, it’s more fun to swim naked and we suggest you try it.

The best thing about Croatia in September – the beaches are much less crowded.

what about adventure activities?

We are adventurers and we live nature and adventures. We promote visiting Croatia in preseason or postseason partly because adventure travel tours in Croatia are much better in these periods. Let’s use hiking for example. Hiking in summer is like a penance. It’s simply too hot to have any joy out of it. Compare it with hiking in September, a completely different experience. And the September temperatures in the mountains are just perfect at this period.

When looking for other adventure tours, most of them are still working in September. They are usually less crowded, even some of the most popular tours out there. Sometimes when you want to do the tour in the middle of summer, you’ll need to book it a few days earlier and still, there are going to be many people doing the tour at the same time as you do. Simply not the best experience you can have.

how crowded is croatia in september?

Not as crowded as in July and August. One of the reasons for that is all the families that went back home because the school starts at the beginning of September. We always see that drop in tourist numbers when September comes knocking at the door. Suddenly everywhere you look there are fewer people than usual, you can find a parking spot at any beach, city cores are less crowded.

And as September progresses it gets emptier and emptier in Croatia. This is one of the best things about Croatia in September, you can truly enjoy everything this country has to offer. Take the national parks, for example, they are too crowded during the high season and it becomes much more bearable with the beginning of September.

what about the traffic?

Similar to the tourist numbers. More and more people are leaving Croatia every day of September and fewer people are coming to it. The roads are not as near as crowded as they can be. Sometimes you can spend hours stuck in the traffic, especially on borders and in the cities. The main Croatian motorway between Zagreb and Split is also full of cars during the middle of the summer.

Traveling across Croatia gets much better in September. Croatia is a great country for a road trip and we suggest you rent a car if you haven’t come to Croatia by your own.

We hope we answered your questions regarding the weather for Croatia in September and you have a much clearer picture of what to expect. If we were to choose, we would always pick September for our vacation in Croatia. As native Croats, we enjoy September the most.

September is the perfect ending of a perfect summer! Enjoy your Croatia vacation! 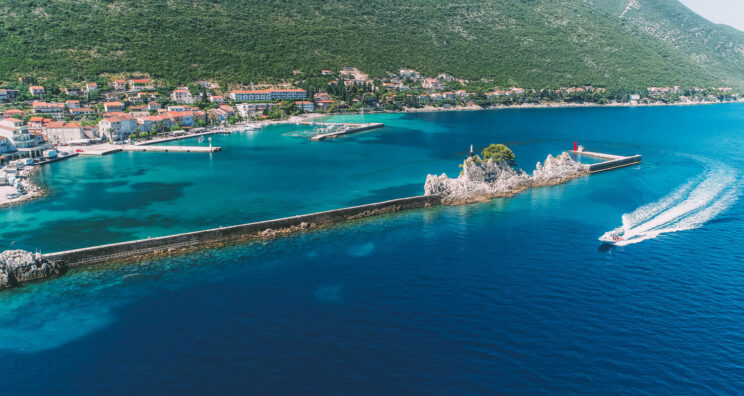 Peljesac peninsula is the second largest Croatian peninsula, right after Istria. It’s a beautiful piece of this land, famous for its many beaches and clear

Awesome things to experience in southern Dalmatia in 2021

Welcome to beautiful Croatia and one of its most stunning parts – southern Dalmatia. It’s a landscape characterized by pristine nature, beautiful beaches, and a

Awesome things to do in Brela in 2021

Welcome to southern Croatia and the small coastal village of Brela. It’s a famous place for holidays on Makarska Riviera which the Brela is part