Grossvenediger (3666m) tour was done in the summer of 2012. with hiking club Željezničar from Zagreb. It was my first climbed peak with over 3000 meters and it has a special place in my memories. And memories are from where a draw these lines because I write about ascent on Grossvenediger almost 7 years after if happened and lot of the detailed information is lost. But who cares what’s the name of the mountain hut that we slept in. More important are the feelings and major events of that day.

Grossvenediger is a peak in Austrian alps. It’s lower than his brother Grossglockner which is the highest peak of Austria. Both peaks are situated in Hohe Tauern (High tours) national park. I did the Grossglockner ascent a year later but Grossvenediger always meant much more to me.

We left Zagreb early in the morning and arrived to the starting point in Austria some 6 hours later. In a first day we were supposed to arrive to the mountain hut where we are going to spend a night and leave early in the morning. And so we did it. It was a 6 hours long hike as long as I remember. We were passing through the typical lower Austria – green plains and rocky mountain peaks. But somewhere in the distance Grossvenediger was dominating, covered in snow and fog.

It was still daytime when we arrived to the mountain hut so we spend few more hours exploring around. We were already close to 3000 meters, not so much more to go tomorrow. We spent the night planning the ascent and socializing with other hikers that will climb Grossvenediger tomorrow. And it went on and on. Until exactly at midnight mountain hut chief came and told everyone to go to their beds. And everyone obliged, as they should but I remember at that time it was strange to me because that’s not how the things work in Croatian mountain huts.

We left warm beds early in the morning, around 5 AM. Some groups left before us and you could see the headlamps flashing in the distance. It was cold as hell and I remember there was one water pipe with water frozen in mid air. The same water was flowing with no problems yesterday. We started our ascent toward Grossvenediger and reached a place where snow and rocky trails meet. That was the place where we prepared for snow, put our crampons and so on.

It was at that point that I made some of the best hiking photos I ever made so far. The weather conditions were just right and the clouds were making amazing creations. Even though I’m in the photography business now and use much better equipment these shots were made back in 2012. using a cheap compact camera bought at Lidl. It’s lot easier and faster to use compact camera on a tours like this, you just take it out of your pocket, take a photo and that’s it. Result can be pretty awesome. Also, when walking in a group of people tied to each other by a rope, you can’t stop every second to take a photo, you need to do it while walking.

The trail toward Grossvenediger was completely in the fog and blizzard and there were already some groups returning without reaching the top. There was one guy who said that it’s the suicide to go up. At that moment I thought that we are done, we are not going to climb Grossvenediger this day. But group decided to continue and I was immensely happy. We walked through the blizzard without seeing anything in front of us. There were footsteps of hikers who passed there before us but they were fading fast. Eventually we reached the top, couldn’t see anything because of the fog but the feeling was there. View is nice but view is not everything. 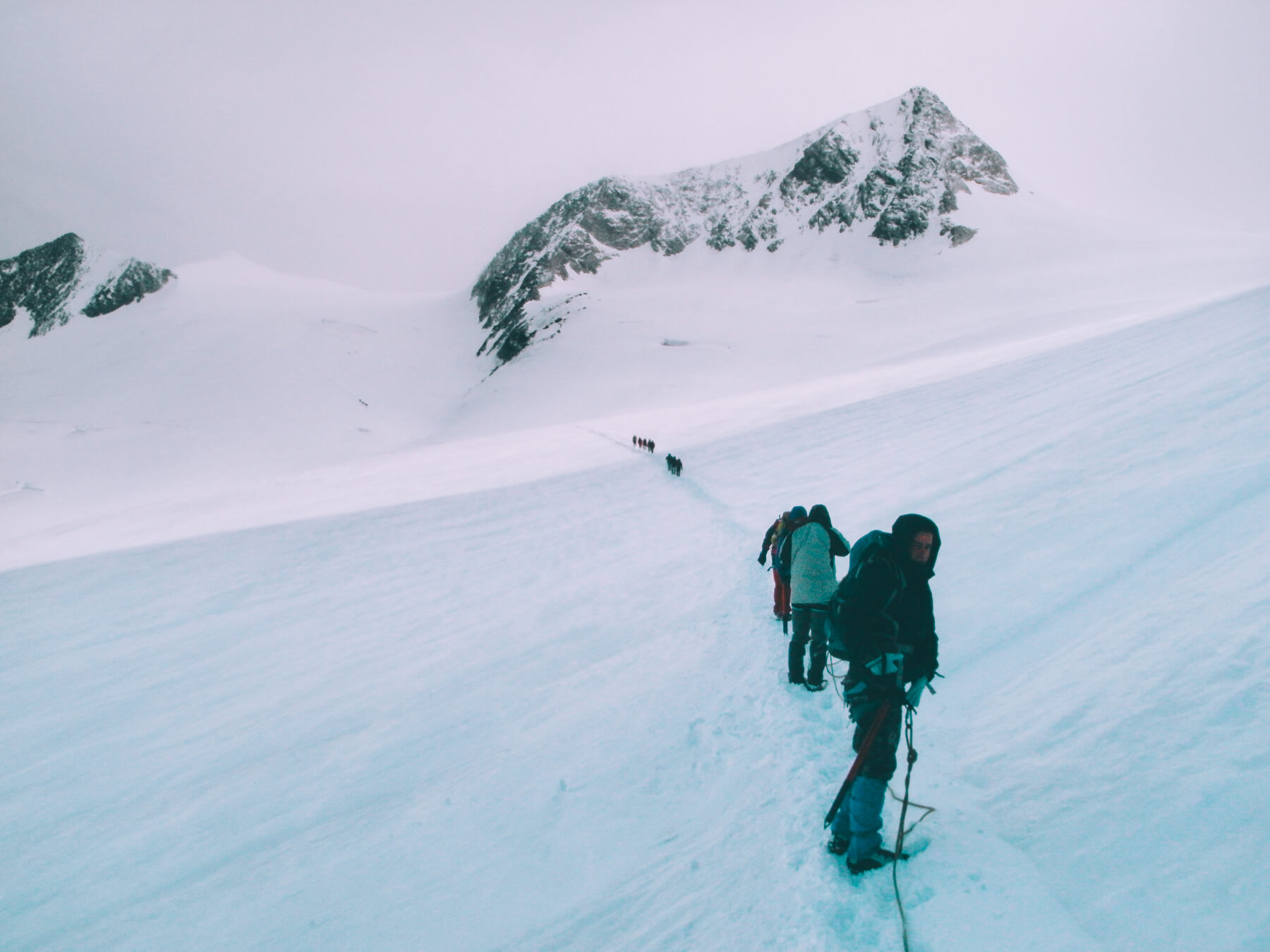 We stayed on the top for about 10 minutes and started to descend. Weather was even worse now and there were no footsteps to guide us down. The biggest danger we were facing where the crevices in ice which a one could fall through and some serious injuries can occur. Well, any injury is dangerous at this height. There was a wind chime that we should pass and everybody was silent and listening if he could hear it. After a long time of walking in a completely white environment we were finally saved by the bell. After this moment we didn’t have much of a walking to reach the rocky part of the trail and, finally, the mountain hut that we started from.

After a short break at mountain hut we started to descent into the valley below. Observing Austrian alps from a different perspective and with a smile on our face. And as I was writing these lines I could almost evoke the feeling of that day. What a day it was. 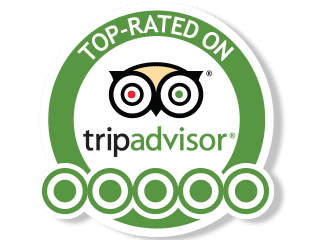