City of Ploče and adventure tourism in Croatia

There are few things to know about city of Ploče and it’s surroundings at first. It’s the youngest city in Croatia and its 10 000 inhabitants (including suburban area) found their place under the sun of southern Croatia, region known as Dalmatia. It’s industrial city and second largest seaport in Croatia. City of Ploče is the last point of Croatian largest highway and it takes around 5 hours to reach Zagreb, capital of Croatia. City is also in a perfect position between Split, Dubrovnik and Mostar. It’s surrounded by many touristic potentials…

…and tourism was almost non existent for previous 20 years. But that’s about to change.

The theme of tourism in city of Ploče is rather controversial. If anyone is to talk about it there is always quite big population of locals ready to make fun of him/her. To be honest, even I don’t believe that Ploče will ever be a good place for a mass tourism and that’s fine. That’s even better. Because there are many more types of tourism which include less people willing to spend more in order to have best possible experience of the place they’ve come to visit. But so far locals don’t seem to take into consideration any other kind of tourism except the “beach&sea” one. It’s important to know that tourism doesn’t happen overnight. It take years, patience and focused work of everyone included in tourism industry to move the things from a dead point.

In short, here are few reasons why city of Ploče could become adventure tourism oasis in a near future:

— it’s situated just in the middle of famous cities of Split , Dubrovnik and Mostar

— within 5 minutes of driving you have beautiful Baćina lakes

— first peaks of Biokovo mountain are just 20 minutes away, with the highest peak being little bit more than 1 hour away

— Staševica valley, a place full of vineyards and some of the best cycling trails around is just 20 minutes away

— nearby Višnjica peak has some trails that, if cleared a bit, could become nice downhill routes

The list could go on with a few more reasons, but we already have enough to make a case. The adventure tourism won’t happen in the hearth of Ploče, but this kind of activities always take place far away from urban areas. However, city can be pretty good base for further exploration of area. And even if someone wishes to spend a day on a beach, first beaches of Makarska Riviera are just 20 minutes of driving away. A bit about city of Ploče surroundings.

Baćina lakes are group of 7 lakes, six of which are connected. The place was much more familiar during the 80’s but tourism is slowly reviving with more and more people visiting the lakes each year. Main road connecting Split and Dubrovnik passes near Baćina lakes and you can always see people admire their beauty from a nearby viewpoint but rarely visiting and spending some time in their nature. On the other hand, it’s good because Baćina lakes are one of the rare places where you can find some peace and quiet even during the high season in Croatia. But tourists will find out about this place eventually and number of visits will begin to raise. And soon as the large quantity of people start to visit one place it loses it’s attraction. You can’t experience the place to the fullest when walking in a line and that’s the reason we believe adventure tourism is a way for Ploče tourism to go forward. There are few tourist operators working on Bacina lakes currently and one of our kayaking tours is organized there as well. Other tours include Stand up paddling and traditional boat tours.

Neretva river delta is another beauty of nature, situated just opposite of Baćina lakes. It’s completely different environment made by Neretva river on its last 10 kilometers before it meets the sea. Nowadays Neretva delta is most famous among kite surfers who come here in large numbers because it’s among best places for Kiteboarding in Croatia. Apart for that, Neretva delta is perfect for any kind of windsurfing and some other activities as well – kayaking, stand up paddling, cycling… There is a true labyrinth of man-made canals in the delta that are perfect for kayaking.

Staševica valley is another part that belong to Ploče municipality. It’s full of vineyards and recently some wineries opened their doors for a visitors who want to try local wine and other products. Good thing about Staševica valley? It’s perfect for a cycling tours. In order to reach their vineyards locals made a large network of unpaved (and paved) roads that make a real road labyrinth through the valley making it heaven for bikers. There is a river called Matica that flows through the valley but water lever is too low for any water activity during the summer. Once in the past this place was a huge lake and in the 30’s a tunnel was made to drain water from it and that’s how this fertile valley came into existence.

Makarska Riviera is story for itself. With beautiful beaches and a crystal clear sea it’s a really popular Croatian tourist destination. Adventure options of Makarska Riviera lay up in the mountains. Biokovo mountain range stretches for hundred kilometers and it has it’s end just near the city of Ploče. Highest peak of this part is St. Ilija with 773 meters above sea level. It’s not the highest peak but the view from it is astonishing and it’s a popular peak among tourists who visit Gradac and surrounding places in the summer. If you are searching for a higher peaks you can always drive to Makarska and visit Biokovo nature park and highest peak of this mountain and Dalmatia – St. Jure (1762m). Makarska Riviera is good for mountain biking as well with unpaved road stretching from Gradac to Drvenik (15 km), connecting all of the old villages. Biokovo mountain offers many opportunities for rock climbing as well with Gradac and Drvenik being the closest rock climbing sites to Ploče. Hiking is pefect activity for preseason and postseason periods. It’s possible to hike in the summer as well but it’s not advisable because heat makes it not so good experience.

Pelješac peninsula is largest Croatian peninsula. It’s famous for it’s wines and crystal clear sea. If the sea is clear along Makarska Riviera then it’s 10 times clearer here. Pelješac is perfect for cycling and sea kayaking. It has a lot of beaches reachable only by a boat so there is a chance that you’ll have some by just for yourself. Just across Pelješac lays island of Korčula and 15 minutes of ferry ride is enough to reach it. Korčula is also perfect for many kind of adventure activities.

Višnjica is a small hill near Ploče. With a height of just 200 meters it offers a relaxing short hike or, if you are adrenaline hunter, a downhill ride from its peak. Even it is rather low, the view from the peak is really nice with Pelješac peninsula and Neretva delta in the focus. On the top there is an old abandoned military structure built during the World wars and used by the army to observe approaching vessels. 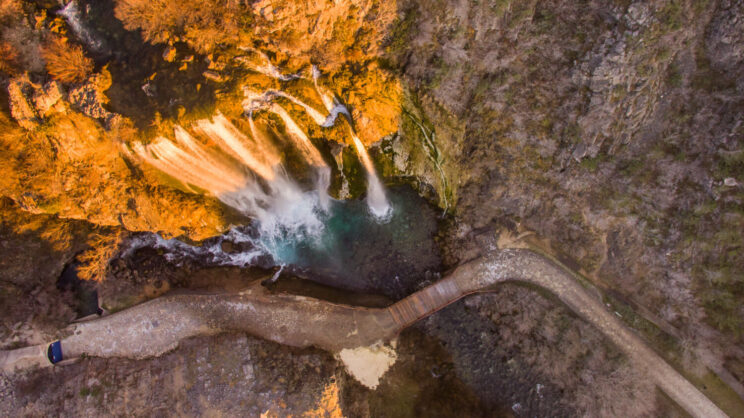